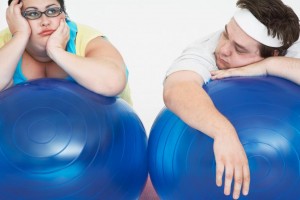 Weight loss professionals may be aware of the widely reported challenges in treating obesity, including poor adherence, low levels of weight loss, frequent weight regain and high levels of attrition. Recently, Italian researchers analysed the common attributes of people who did not complete a weight loss program, and discovered that some of these characteristics are identifiable before the program even commences.
Study design
A total of 98 obese adults attended a 6-month dietary behavioural weight-loss treatment at a clinical nutrition service in Pavia, Italy. Individual characteristics, as well as data collected during the course of the program were analysed to understand if there were factors which could be used to predict which participants would be more likely to drop out of the program.
Registered dieticians developed an individualised, balanced, low-calorie diet designed to achieve 0.5kg to 1kg of weight loss per week.
Results
After 1 month, 21% of participants had left the program, and this figure increased to 57% after 6 months.
After analysing the data for completers and non-completers, there were key areas that were statistically significant in distinguishing the two groups:
Early dieting attempts
People who did not complete the program reported that their first dieting attempt was at a younger age (24 years, on average) than those who did complete (31 years, on average).
Symptom Checklist 90
Part of the initial assessment of participants included completion of the Symptom Checklist 90 scale, which is a 10 to 15 minute assessment designed to evaluate a person’s psychological wellbeing.
Participants who did not complete the weight loss program had significantly higher scores on the SCL-90 anger-hostility scale. No other significant psychological differences were found between the completing and non-completing groups.
Poor initial treatment response
Program completers had higher percentages of weight loss at one month (around 3.1%, compared with 1.8%) and also after the six-month program (7.3% compared with 1.7%). It may be that those who see substantial weight loss early in the program may be more motivated to continue.
Referral source
Participants who were referred by a healthcare professional were more likely to successfully complete the program. Amongst the group of participants who completed the program, 50% were initially referred by a physician. By contrast, only 34.1% of non-completers were referred by a physician.
Diastolic blood pressure
Non-completers had lower diastolic blood pressure values when compared with completers.
Baseline body-fat percentage
Non-completers also had lower percentage body fat. Researchers found that risk of drop-out reduced by 15% for each single percentage increase in starting body fat.
This study has shown that it is possible to predict the people who are more likely to withdraw from a weight loss program. The factors relate to both attributes of the person as well as outcomes from the weight loss program, such as the level of weight loss achieved in the first month.
These results flag the importance of attentive monitoring, particularly in the first weeks of treatment to identify and actively support the people who may be the most likely to drop out.
Reference: Colombo, O., Ferretti, V. V., Ferraris, C., Trentani, C., Vinai, P., Villani, S., & Tagliabue, A. (2014). Is drop-out from obesity treatment a predictable and preventable event? Nutrition Journal, 13(1), 1–13.

Many people use their smartphone regularly throughout the day for a variety of uses, from…

Does Intensity Of Exercise Affect Energy Expenditure And Weight Loss?

Along with diet, exercise is a vital part of a person’s weight loss efforts. But…

It’s interesting how headlines can completely twist a topic around. The Article below is about…

What’s behind the urge to eat? Unpacking emotional and uncontrolled eating

Researchers in Finland have established a connection between feeling burnt out at work, and eating…