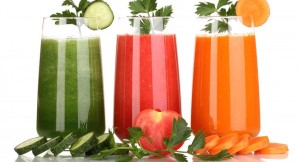 Juicing is a popular way to enjoy a variety of fruits and vegetables as part of a balanced diet. One of the benefits of juicing vegetables, in particular, is that the juice retains many of the essential nutrients that are normally lost via processes like peeling and boiling. One of these beneficial substances is known as ‘inorganic nitrate’ (NOз) and it’s been linked to the prevention of hypertension, heart disease and stroke.
Beetroot is particularly high in NOз and works well in terms of taste and texture in juices. Melbourne researchers examined the specific impact of drinking beetroot juice on the treatment of high blood pressure.
Background to the research
Previous research confirmed that beetroot juice had a positive effect on lowering blood pressure in people who were restricted to a low nitrate diet. That is, in people who were not eating enough of the foods that are high in NOз, like beetroot, celery and spinach, the addition of beetroot juice was beneficial. This latest study, however, sought to establish whether beetroot juice would still make a difference to people with a normal, varied diet.
The study
30 volunteers with normal diets and no significant health problems participated in this research. Half were given 500g of an apple and beetroot juice blend; the other half drank apple juice only. Their blood pressure was checked before the drink and then hourly for 24 hours after the drink. The whole procedure was then repeated two weeks later with volunteers drinking the opposite juice.
Results
At the 6 hour mark, the researchers observed a significant trend towards lowered blood pressure in the test group who drank the beetroot juice. Men showed the most sizeable change with an average drop of 5 mmHG in their systolic blood pressure; the women’s average drop was closer to 2 mmHG.
Systolic blood pressure is the ‘top number’ (that is, the 120 in 120/80, for example). It measures the pressure in the arteries when the heart muscle contracts, and tends to get higher with age as our arteries stiffen. While both numbers matter, a high systolic figure is considered a risk factor for cardiovascular disease. A consistent reduction of 5 mmHG in the systolic reading can actually reduce your risk of heart disease by 10%.
Conclusions

This research is one part of a larger study that will look at bigger cohorts and differing health indicators, but the initial findings are noteworthy. Doctors advise a range of treatments for lowering blood pressure, including losing weight, getting more exercise, reducing salt intake and – ultimately – medication. This study suggests that increasing our intake of raw vegetables with a high concentration of NOз could be a productive and protective addition to our everyday diets. Furthermore, it could be particularly useful in conjunction with other health interventions for treatment of high blood pressure.
References:
Leah Coles and Peter M Clifton (2012). Effect of beetroot juice on lowering blood pressure in free-living, disease-free adults: a randomized, placebo-controlled trial. Nutrition Journal, 2012, 11:106.

Can Our Genes Aid In Weight Loss?

Many people have found that diets and one-size-fits-all advice don't work for them. But now,…

How did we end up fatter, sicker and weaker?

Fatter, sicker and weaker than ever before—unfortunately, that’s the current health status of many people in…

Can Adding Avocados Into Your Diet Aid With Weight Loss Efforts?

Avocado is everywhere – on your toast, in your smoothie, and over your salad. Many…

Do your weight loss clients struggle with binge eating? Binge eating, or uncontrolled eating of…