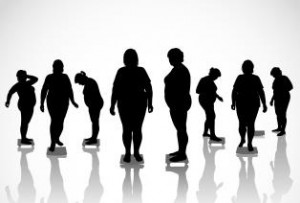 Many weight loss studies are conducted by academic institutions, amongst people who live in cities – most commonly, people who are middle-class. New research published in Obesity sought to find out what would happen if, in a large-scale study, the weight loss intervention were provided to people who live in more remote areas. At the same time, the authors were curious to understand the effect of different dosages of weight loss counselling, both in terms of weight lost and cost of the intervention.
This study was a single blind, multi site, randomised controlled trial (in research terms, a gold-standard study) to evaluate the effect of three doses of behavioural lifestyle treatment on two-year changes in body weight for obese adults. The intervention was compared to a nutrition education program.
Study design
A total of 612 adults (aged between 21 to 75), with a BMI of between 30 and 45, participated in the study. Participants came from rural areas in northern Florida, in regions that were identified as “Health Profession Shortage Areas”.
Participants were divided into two broad groups: those who received the intervention, which was a lifestyle treatment involving weight loss counselling, or the control group, which involved a program of nutrition education.
Low, moderate and high dose lifestyle treatment
Amongst the lifestyle treatment group, participants received low, moderate or high doses of treatment. In phase one, this resulted in a set of 8 weekly group sessions for the low-dose intervention group, 16 weekly group sessions for the moderate dose group, and 24 weekly group sessions for the high dose intervention group.
In the second phase, those people receiving lifestyle treatment participated in a combination of scheduled telephone sessions (to reduce the travel burden for participants) and clusters of “campaign sessions” which were a set of weekly appointments working towards a shorter-term weight loss goal. The number of campaigns was reflective of the overall dose of treatment for each group, so the low-dose intervention group participated in one campaign, the moderate dose group saw two campaigns, and the high dose group participated in three campaigns during the course of the study.
Each group session included between 6 to 15 participants and the treatment included a low calorie eating pattern, increased physical activity and a focus on behaviour modification strategies such as goal setting, self-monitoring and problem solving.
Nutrition education (control group)
The control group participated in an 8-session series of lectures on nutrition, activity or weight control, followed by a group discussion on the topic. The schedule for the control group was identical to the contact schedule for participants in the low-dose lifestyle treatment group.
Researchers measured:

Fitness After Fatherhood – Impacts And Impairments

You lead an active life, keeping fit thanks to Friday night football and weekend cycling…

Healthy Eating – Have You Got The Guts?

It’s not always a pleasant thought, but there are whole communities of bugs going about…

The Link Between Weight Loss And Cognition

Two of the greatest strains on public health are obesity and cognitive disorders. There is…

The Mind-Body Benefits Of Tai Chi

The more we learn about living a healthy life, the more we understand that our…